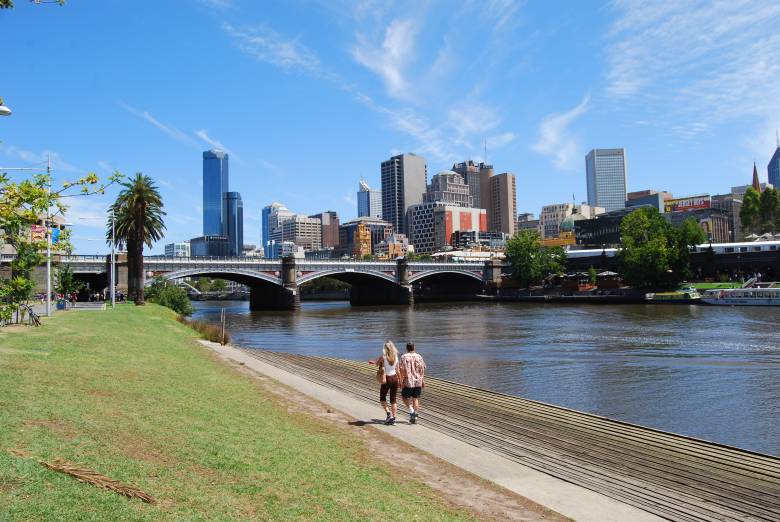 A number of landmark buildings in Melbourne Australia were the result of design competitions, these include the Royal Exhibition Building, the Shrine of Rememberance, Flinders St Station and Parliament House.

Others were designed by notable architects such as the Old Treasury Building, designed by the then young draughtsman John James Clark (19), now occupied by the Melbourne City Museum.

Noteworthy buildings are still being created in Melbourne, recent additions include the people friendly Melbourne Museum and the new Storm Stadium.

Whether anyone agrees or not that these buildings are landmarks for Melbourne, I think it is safe to say that if you put a Melbournian within line sight of any of these, they would know exactly where they were. Hence, landmark.

The media in Australia normally deliver a steady stream of strong criticism about any public buildings being built. Upcoming politicians can then try to make themselves look good by having the original approved designs changed for the cheaper, mid-way. The Sydney Opera House is a classical example of this. Only now, at much greater expense is this being remedied. Still, better late than never.

So its something of a miracle any of these buildings exist today. Federation Square is a classic example, never having been finished to its original design by cutting costs. Melbournians, in competition with Sydneysiders, can take comfort in that the same thing happened to the Sydney Opera House and other Sydney landmarks.

See a map showing these landmarks in Melbourne Melbourne City Map - Places to Visit. About Melbourne Australia Places of Interest.

Australia hotels include 5 Star resorts and hotels to budget accommodation. 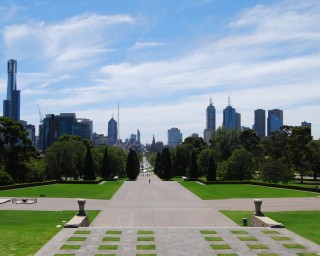 Photo: Melbourne today, note the landmark steeple in the center
of both photos St Pauls Cathedral