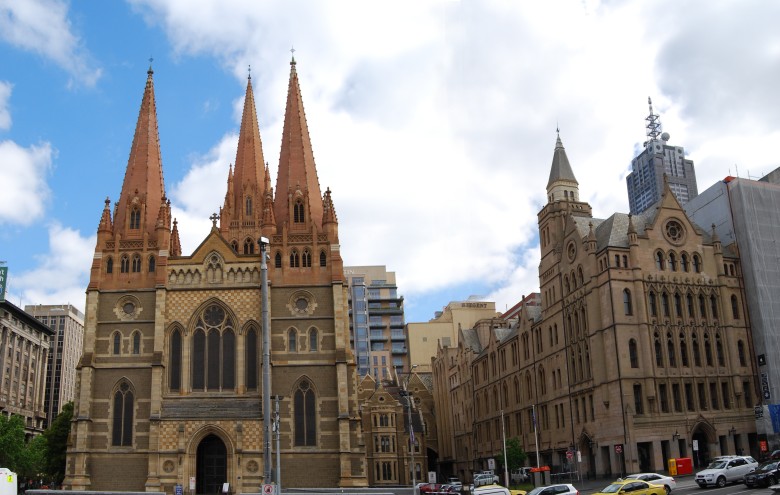 Replacing a bluestone older church with the same name, this magnificent neo-Gothic building that stands here today was built from 1880 to 1926, when the spires were completed.

It has undergone extensive renovations, first in the 1960’s, on the outside, in 1989 on the organ and in 2009, both the interior and the exterior.

The decision to build the cathedral here was made for its proximity to the railway line.

The first steam railway started in Melbourne in 1854, between the city and Port Melbourne, where most of Melbourne’s and Victoria’s overseas cargo arrived and departed. See Flinders Street Station.

Hotels in Melbourne include luxury resorts to cheap accommodation, the Melbourne central business district (CDB) includes a wide range of styles to suit almost any budget. 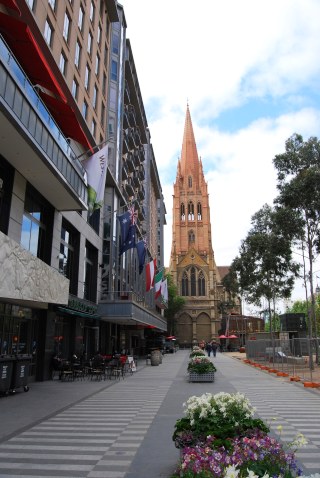