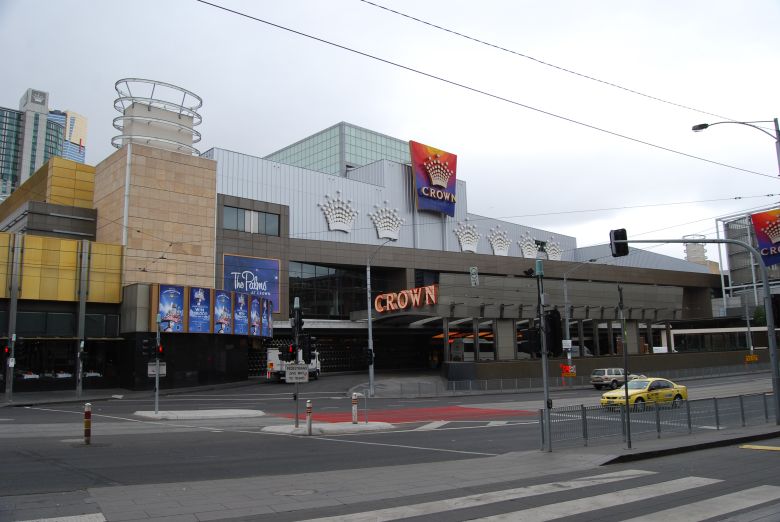 The Crown Entertainment Complex, located on the banks of the Yarra River is a centre for entertainment. There are restaurants, bars and hotels as well as chances to gamble the night away.

Shops stay open till midnight, there are international shows, movies, lots of eateries and places to drink. Crown is fast becoming a world-class dining precinct, with more than 40 restaurants and bars and some new big names on site.

Neil Perry’s Rockpool Bar & Grill and Nobu, the world renowned Japanese-owned gastro-temple are housed in a spectacular two-storey $10 million setting. Those who like live music, the venue called Crown Live features jazz, Latin, blues, soul, along with contemporary rock. Fusion is a new club found on level 3 of the Crown Entertainment Complex.

As they say “There is always something happening at Crown.”

The Crown Towers Hotel in Melbourne is located by the incredible shopping, round the clock entertainment and excitement of the Crown Entertainment Complex. You are also located within a short walking distance to the Melbourne City Centre, the Central Business District.

Restaurants located in the Crown Entertainment Complex include some of the finest restaurants to be found in Melbourne Australia. There are also a number of great cafés, bars, snack bars and banqueting rooms.

The Crown Towers Hotel Melbourne - 8 Whiteman Street Southbank. This hotel is one of the most luxurious hotels in Melbourne.

See the location of the Crown Casino on the Melbourne Australia Map Map of Melbourne - Victoria Tourist Guide.

Sweeping efforts at modernization in the Melbourne city centre have occurred in the past 20 years. Highlights include Southgate, with major shopping, food and entertainment centres, the new Museum of Victoria and the Tennis Center.

Major national events such as the Australian Grand Prix have been attracted to Melbourne, and renovation and restoration of the city’s buildings is continuing.

As a result of this rejuvenation of the Melbourne CBD, is that residents have wanted to be in the midst of it. Many have left the suburbs and moved into the city itself.

The waterfront is continuing to be transformed as has the older inner city into new and attractive residential areas. Through it all, Melbourne Australia remains affordable, welcoming and a place to relax and be yourself while exploring one of the great cities of the world.

You can find accommodation throughout Melbourne Australia: luxury resorts such as the Crown Towers Hotel to budget backpackers, including in the Melbourne city centre and Southbank. Accommodation here includes a wide range of styles to suit almost any budget.

There are even Melbourne seaside resorts, conveniently located hotels, bed & breakfasts near the beach or in the city center or suburbs, serviced apartments and luxury holiday homes.