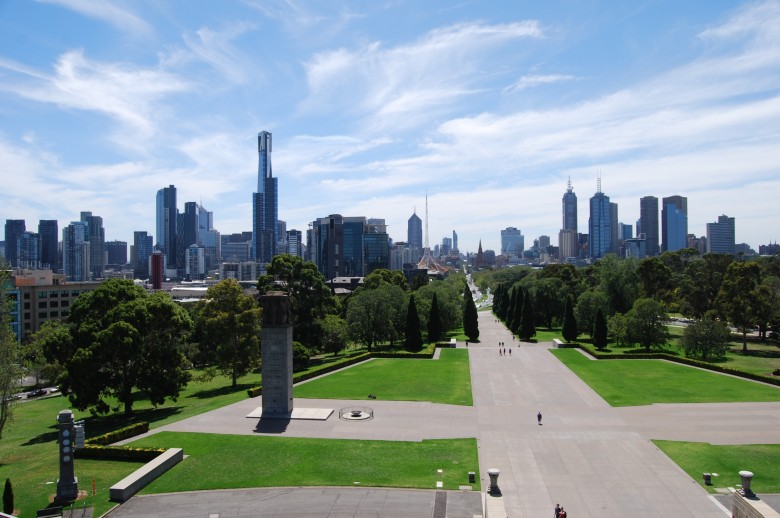 On the shores of Port Phillip Bay, the city of Melbourne offers something for everyone who visits - culture, history, movies, live theatre, dance, sports, arts and fine dining. Planned in the 1830s, it was the mid 19th Century Gold Boom that really ignited this city. The thousands who streamed into the city from all over the world to try their luck at finding gold came brought their ideas, culture and way of life.

The Diggers, those who struck it lucky and found vast wealth in their findings built grand houses, wide streets, massive public buildings and grand churches. Others found a multitude of ways to earn money off those who found gold, whether it was selling booze or filling the coffers of bankers, it all led to a thriving city.

Eventually, when the gold ran out in the simpler places to find it, many stayed to create a new life in a new country on an old land.

The city built itself around the banks of the winding Yarra River while the city centre (CBD) has a host of grand architecture, fabulous restaurants and cafés, art galleries, museums, theatres and shopping opportunities.

Hotels and other accommodation in Melbourne include Hotels, Motels and other hostels and throughout Victoria Australia - You can find cheap hotels and luxury places to stay: luxury hotels to low priced backpackers, bed & breakfasts in Melbourne and in nearby centres.

Main Photo: Melbourne CBD as seen from the War Memorial