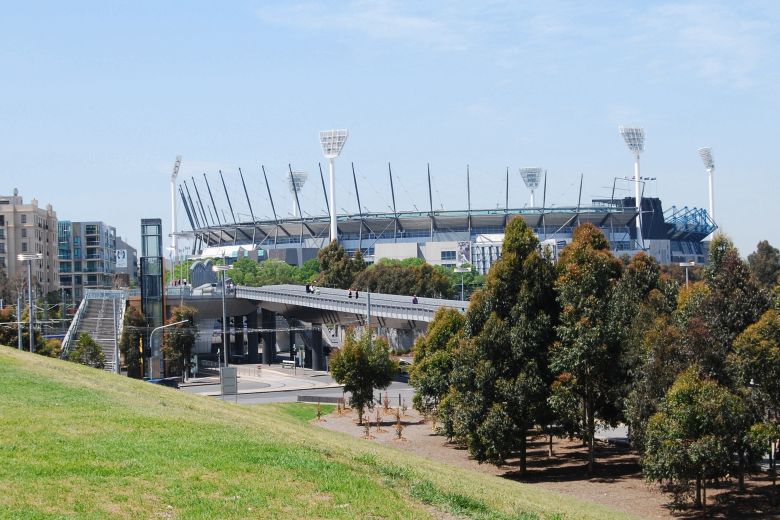 The Melbourne Cricket Ground MCG hosted the 1956 Melbourne Olympics as well as some of Australia’s biggest sporting events. It also has one of the great sporting museums of the world.

The Melbourne Cricket Ground (MCG) was originally built for the Melbourne Olympics and can house a hundred thousand fans for games. The MCG is also home to the stars of the present and future, and at the museum there are exhibitions showing the great contributions of the stars of the past.

AFL World at the MCG

The Australian Football League Hall of Fame, designed as the ultimate tribute to the sporting heroes of the great game of AFL is situated at the Melbourne Cricket Ground.

At the AFL World, there are state of the art displays that allow you to participate in a Grand Final, be a sports announcer on radio, be part of the Footy Show and kick game winning goals.

See the MCG on a Map Melbourne City Map.

You can find accommodation throughout Melbourne Australia: luxury resorts and hotels to budget priced Backpackers, including the CBD. Accommodation available includes a wide range of styles to suit almost any budget.