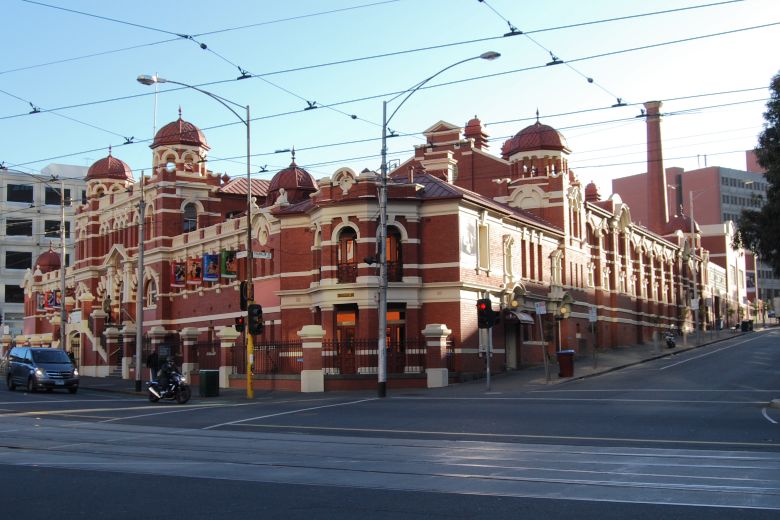 Just near the Victoria Market is the Melbourne City Baths at 420 Swanston Street. Located in a grand building of Edwardian design, the present building was designed by John James Clark in 1903.

Replacing the public baths that were originally here since 1860, the building with its distinctive cupolas have recently been carefully restored. Besides a pool for swimming, the building also houses a gymnasium and squash courts.

Not far from here and within walking distance are two other Melbourne highlights, the Victoria Market and the old Melbourne Gaol, where Ned Kelly was hanged.

Map of the Melbourne City

Melbourne places to stay include Hotels, Motels and B&Bs. You can find luxury hotels, serviced apartments to cheap places to stay: resorts to low priced backpackers, bed & breakfasts in and around the city of Melbourne Australia.