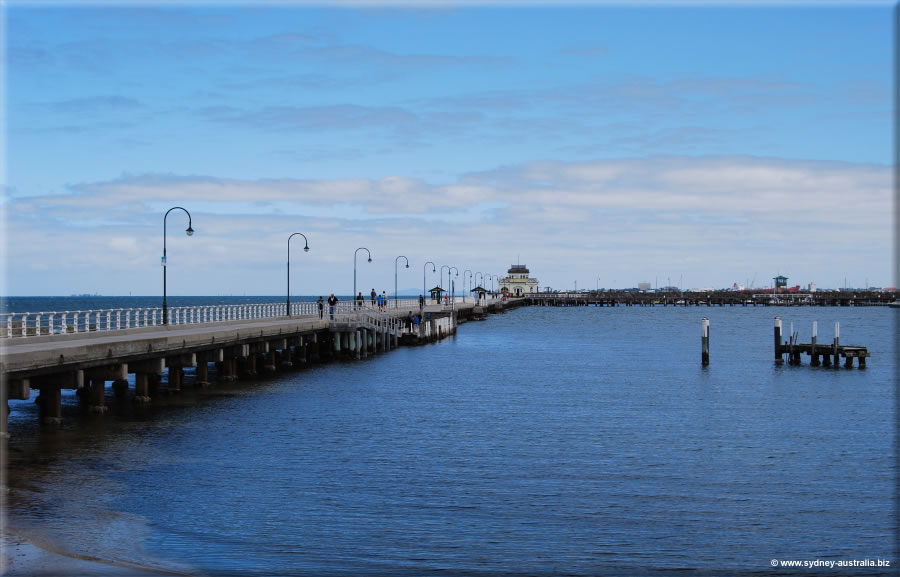 St Kilda, a beachside suburb of Melbourne has been a popular attraction since the beginning of the city and even much earlier, Aboriginals used to camp here, the Kullin people.

Easy to get to from the Melbourne city center by train, tram, bus, or even walking, the suburb lies along Phillip Bay. with a wide beach and a number of attractions. There is also a number of great restaurants, pubs, bars and eateries to enjoy.

Tram route numbers 16, 96, 112 and 3 will get you to this favourite Melbourne beachside suburb. You can also take the train from the city centre train stations.

Wealthier residents of Melbourne were attracted to the area, building grand homes along the beachfront and in the back streets. Many of the homes are still there.

The Jewish Museum of Australia can be found at 26 Alma Rd and has both permanent and changing displays about the history and diverse culture that Australian Jews have contributed to life in this country.

Luna Park, easily spotted on the beachfront esplanade has tons of fun for kids of all ages. This historic fun park has rides and other entertainment, including a thrilling rolling coaster to easy ones for the little ones.

Art lovers should visit the Linden Centre for Contemporary Arts, not only for the artworks on display by living artists, but public talks, workshops and events. Found at 26 Acland St. Phone: +61 3 9534 0099.

There are conveniently located hotels in Richmond and the city, bed & breakfasts near the beach or in the city center or suburbs, caravan parks, serviced apartments and holiday homes.