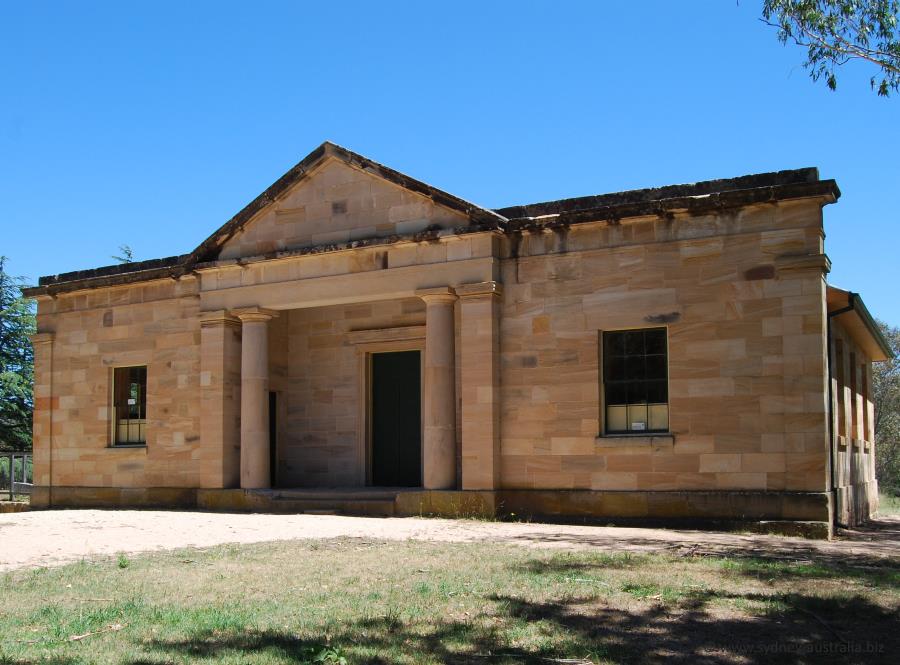 The historical village of Hartley has a collection of buildings that have survived since the completion of the first road that crossed the Blue Mountains in 1814.

Still surrounded by fields and fruit orchards, as well as native plants and trees, the village has preserved sandstone buildings as well as its original wooden homes.

Its long history has buildings that date back to 1830, such as the sandstone courthouse to a metal and timber garage, completed in 1945.

There is also a Catholic Church, St. Bernards dating back to 1848. Funded by locals, most of them from Ireland, it has a beautiful hand tooled altar made from white sandstone. The church is occasionally used for Mass, it is also used for weddings.

The wooden homes still have their small gardens.

The shop, still open, has numerous artefacts and displays of products dating back to those times, including colourful posters with products that bring back memories but are no longer made. Some of them, still are.

When the railway was completed across the mountains, the village began to fade into history.

Work has begun to develop key parts of the village for better facilities and exhibitions. Tours are available, enquire at the shop.

The courthouse, a somber and solid looking building, was built in a Greek Revival architectural style. Made from local sandstone, the building had three entrances, one for the magistrate, one for the public and one for the prisoners. There is a cellblock for the holding of prisoners to await their fate, which you can visit.

The Plaque on the Courthouse

The Plaque says: This, the Hartley Court House Building, remains as an historical link with the early colonial days of the state of New South Wales. It is a reminder of Maitland, Lawson and Wentworth who crossed the Blue Mountains in 1813; of Mitchell, whose genius was responsible for a traffickable road to the west being carved through rock and gorge, of Strzelecki, who discovered gold in the valley; and not least, of its builders - Ross Coulter and Robert Reddie.

Erected in 1837 at an initial cost of (£)1,476, the building served the then colony as a courthouse for half a century till 1887. It stands to-day as a monument to the courage and craftmanship of a past generation.

Map of the Blue Mountains