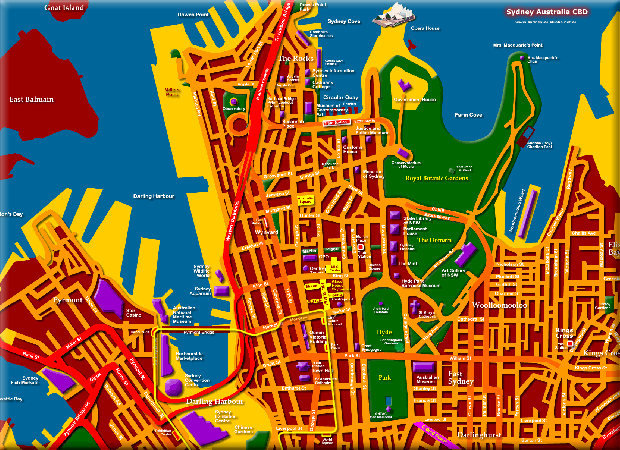 Parramatta NSW was established in the early colony for its rich farmlands. The soil near the original Sydney Cove penal settlement proved too sandy for sustained agriculture. Only 20kms west of the city centre, today Parramatta is a thriving business centre with rich historical roots. See more on Parramatta NSW.

There are plenty of beautiful beaches in Sydney. See more on Sydney Beaches.

See how much has the Sydney CDB map has changed? Compare to the present day Sydney CBD Map.

Museums in Sydney and NSW: Museums in New South Wales.