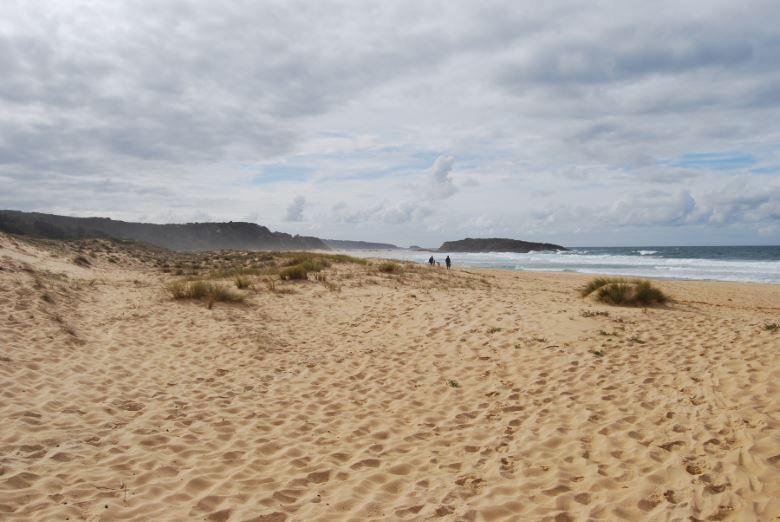 Photo: North Tura Beach in Shoalhaven is stunning even in winter, when this photo was taken.
Previous Sydney Next South Coast of NSW

To the south of Sydney Australia is the less developed part of the New South Wales coast, comprising of Illawarra and the South Coast regions. There are stunning beaches here, known not only for their spectacular scenery but the clean waters, great fishing, diving, snorkelling, yachting and boating.

Two hours south drive to the coast from the south of the Sydney region is the Illawarra. Accessible via the A1 and M1 routes, this region has many places to visit, including Wollongong and of course, beautiful national parks and scenic beaches. Illawarra Region of NSW.

This region, has rugged peaks and lush green forests, acting as a backdrop against the many sheltered coves, headlands jutting against the sea, golden sandy beaches and crystal clear waters: Eurobodalla.

Beaches on the South Coast include the Bombie and Rennies Beach, at Ulladulla NSW. They represent what many of the beaches are like on the South Coast - pristine, charming yet wild. Excellent for surfing, swimming, diving and other watersports.

Some of the better known beaches on the Shoalhaven part of the South Coast:

You can find Fishing Charters at these Shoalhaven Places, the numerous fishing villages along the way host a variety along the coast.

Due to this region being a relatively undeveloped part of the Australia NSW Coast, a number of beaches are not patrolled by lifesavers on a regular basis. Always check to see if they are and when. Unless your an experienced surfer or diver, it is much safer to swim at patrolled beaches due to unexpected rips and undertows.

Main Photo: North Tura Beach in Shoalhaven is stunning even in winter, when this photo was taken.