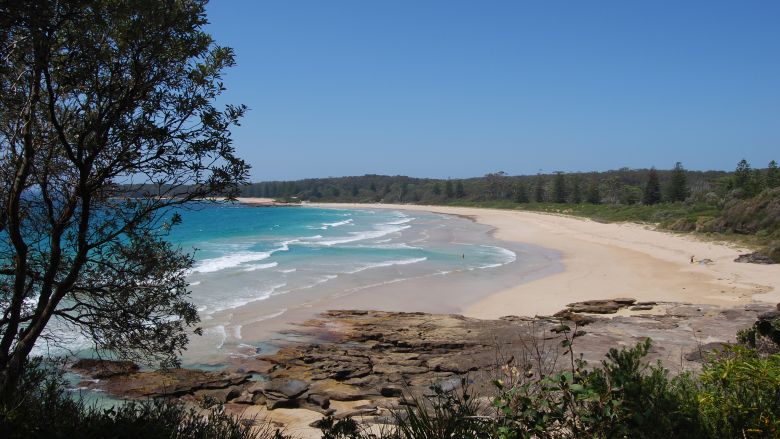 Touring Shoalhaven on the East Coast of Australia. The New South Wales South Coast consists of three touring regions, Shoalhaven and further south, Eurobodalla and the Sapphire Coast. Go further south and you are in the Gippsland, Victoria.

The Shoalhaven region and the rest of the NSW South Coast offers pristine sandy beaches, sleepy fishing villages, rolling green hills and hinterlands of rugged misty mountains, covered by vast forests of Eucalypt. Extending from Kiama in the North East to Ulladulla in the South, the Shoalhaven has plenty to offer those touring this part of NSW.

The hinterlands in Shoalhaven are interspersed with lakes, lagoons and rivers alongside pockets of rainforest in the many Forest Reserves and National Parks. Native animals including colourful birdlife can be seen in abundance, you would have to travel to remote parts of Tasmania or Western Australia to see better.

Summer is popular in the Shoalhaven, the cooler weather is a drawcard but so is the calmer pace, even when compared to other major coastal tourism areas in NSW such as the North Coast and the Central Coast.

Special places to visit in the Shoalhaven part of the South Coast include Jervis Bay, Conjola National Park, Murramarang National Park and in the hinterlands, Kangaroo Valley. Just to name a few.

There are plenty of small historical towns and charming fishing villages along the way, including Nowra, Berry, Ulladulla, Huskisson and Sussex Inlet. In the Shoalhaven, you will also find charming antique shops and wineries to explore, festivals and markets, restaurants for every taste and plenty of choice in accommodation to suit almost any budget. Some of the National Parks have camping available, there are also caravan parks with facilities.

The beaches of the Shoalhaven part of the South Coast have a wild beauty about them, you can see dolphins and sometimes whales offshore, sea birds including sea hawks and kingfishers, some of the beaches even have mobs of kangaroos and wallabies as residents.

Further down the coast, on the Eurobodalla and Sapphire Coast, the beaches become even more pristine, all the way down to the North East coast of Victoria in the Gippsland through to Wilsons Promonotory.

In the surrounds of the NSW South Coast, within a few hours drive, there is the Gippsland in the north east corner of Victoria with its many lakes, waterways and coast, while to the west is Capital Country, the countryside tourism region that surrounds Canberra and the ACT.

The Snowy Mountains, an alpine wonderland that has snow and snowfields in winter and mountain parklands the rest of the year is just west of Cooma, also within a few hours drive. The countryside and terrain varies from snow covered mountains to the rolling hills and highland plains of south central NSW, to the dramatic escarpments and deep blanket forests leading to the South Coast with its diverse scenery of lakes, estuaries, national parks, beaches and coastline.

Enquire at the Shoalhaven Visitor Information Centre about the many national parks, activities, things to do, camp sites, picnic areas, lakes, unique flora and fauna on the East Coast of NSW. Located on the Princes Highway, Ulladulla Civic Centre, NSW 2539 Phone +061 2 4455 1269.

All along the Shoalhaven, Eurobodalla and Sapphire Coast and in the hinterlands, you can find places to stay - luxury resorts to scenic campsites, historical townships and sleepy fishing villages. South Coast accommodation available includes a wide range of styles to suit almost any budget. 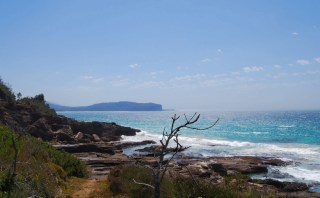 Photo: View of the Coast