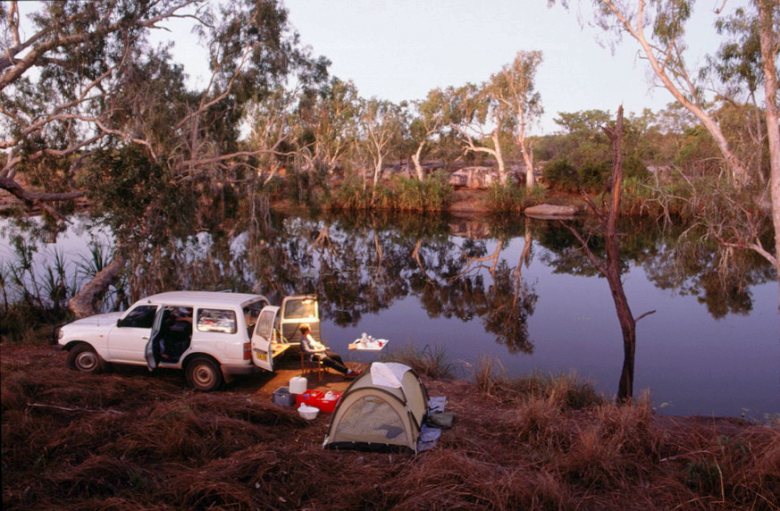 Photo: Camping along the King Edward River, in the
Previous Kangaroo Island Next Melbourne Beaches

The Kimberley region in the far north of Western Australia covers an area of some 420,000 kilometres, a region of diverse and ancient landscapes. There are adventure tours of all kinds and remote places to get away from it all.

Indeed, the region has less people per sq km than almost any other place on earth. Yet, due to its vast size, there are rivers, mountains, national parks, pristine coastline and jungle to explore. You can find waterfalls, peaceful and deep gorges.

Broome is a favoured visitor destination, being on the coast of north west of the state it is closer to many parts of India and Asia than any other Australian city. This poly cultural town was a pearl mining operation during the late 18th and early 19th Century, its tropical beaches a great place to while away the day.

Geikie Gorge National Park is extensive waterways and the easiest to get to. Located near Fitzroy Crossing, the park straddles where the the Oscar and the Geikie Ranges meet. There are some excellent cruises available and a number of walks of varying difficulty allowing you to explore.

Main Photo: Camping along the King Edward River, in the