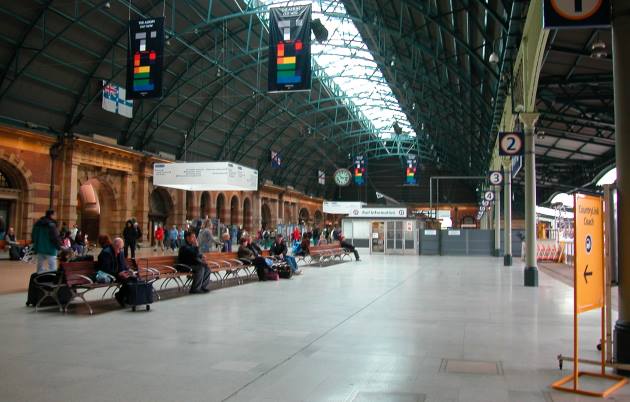 There are all kinds of deals available for train travel in the country. There are discounted fares, package fares and you may be able to find unlimited economy travel passes. There are also often discounts for children and pensioners.

New South Wales and the ACT

The XPT train services in New South Wales takes people interstate to Victoria and Brisbane in Queensland. Within the state, they can take you to the NSW north coast, to picturesque and historical towns in the country west and the Outback, as well as the Australian Capital Territory (ACT).

In the west and north west of the state, destinations include Moree, Tamworth, Armidale and Dubbo. Broken Hill in the Outback is also another popular destination by train. South of Sydney is Canberra, and in the south west, Griffith and Albury. Much further south is Melbourne in Victoria.

Phone 13 22 32 or contact a NSW TrainLink Travel Centre. You can also book through accredited travel agents.

The Ghan: This train line, having been in service for more than eighty years can take you to Adelaide in South Australia and Alice Springs in the centre of the country, from Darwin and Katherine in the far north of the NT and vice-versa.

Advance Purchase fares are available, but one needs to book at least six months in advance. There are also holiday packages available and special off train excursions, allowing you to visit some of Australia’s iconic sights, including Uluru. You can even take your car!

South Australia is serviced by the Indian Pacific, for journeys to Perth and to Melbourne.

Tasmania has a number of historical train routes that take you past some of the most stunning scenery of the deeply forested wilderness areas that exist here.

Also in the north west of Tasmania is the Don River Railway. They have a wonderful collection of steam and diesel locomotives and have a journey to Coles Beach.

Wee Georgie Wood Steam Railway on the west coast of Tasmania has a 25 minute journey on the Wee Georgie Wood, a Fowler steam Locomotive, built in 1924.

The most southern of Australia’s railways is the Ida Bay Railway.They have a 7 kilometre train ride to Deep Hole Bay, where there is a beautiful isolated beach to explore.

In Melbourne, you can take the XPT to Sydney and the Indian Pacific to Perth, Western Australia.

Weather for Today in Australia

Climate in Sydney and Australia.

Certain countries have established mutual health insurance coverage with Australia, however, even then, there is online available insurance for things that are not covered. Find appropriate travel insurance cover for hospital treatment if needed, medical evacuation and particular activities you wish to participate in, including adventure sports. Take time to find out what is not covered, such as alternative accommodation costs, vehicle rental recovery, etc.