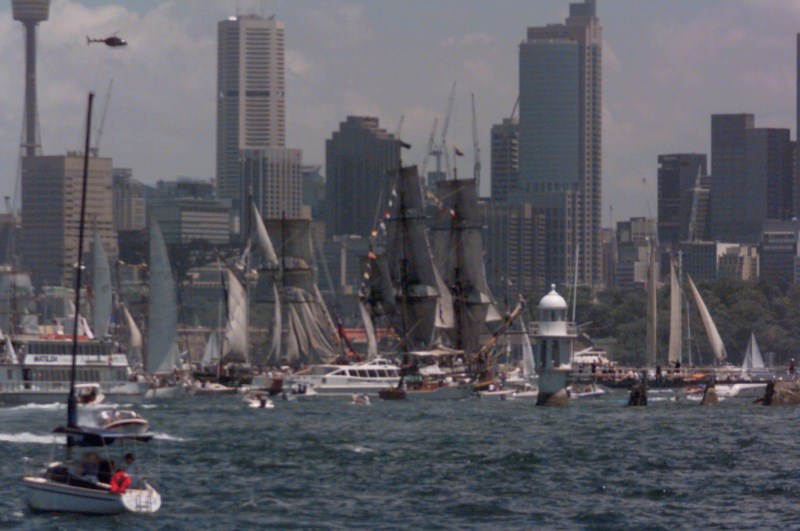 Photo: Every year the Sydney to Hobart Yacht Race sees boats of all kinds on Sydney Harbour
Previous Indigenous Events and Festivals Next Events in Sydney Australia

Exhibitions, Events and Festivals in Australia

Celebrating Australian History, Music, Arts and Culture. Major events include the New Years Eve celebrations on Sydney Harbour, the much celebrated Sydney Mardi Gras and hundreds more throughout the country. Places to visit are organised by state, city and region, see the above or side menu.

Each Australian city has a city festival every year. In Sydney, every January see the Sydney Festival celebrating dance, theatre, the visual arts, music and film. It also has major outdoor events. Easter sees the iconic annual Easter Show, great for kids. It is also a celebration of Australian agriculture and what it produces.

Events and Festivals Around Australia

Adelaide is one of Australia’s most beautiful cities, having kept most of its parklands and surrounds intact. The annual WOMADelaide (March) sees world-class outdoor performances not only from Adelaide but from all over the country and overseas. They also have great festivals and events to keep one’s interests and culture alive year round:

More about the Places to Visit and Things to Do in Adelaide:

The Brisbane Festival takes place every September. Here you will find music and dance celebrated in major events including the Sunsuper Riverfire. However, there is much more than a series of shows, it encourages people from all walks of life to engage and participate in the city’s events.

See the events around the year in Brisbane:

Melbourne in Victoria is a city of diverse cultures, great restaurants and a nightlife to match

Victoria and Melbourne Events: Things to Do, Upcoming Festivals and Activities

More about the Places to Visit and Things to Do in Melbourne:

Click here for Sydney Events: Festivals and Events in Sydney.

Canberra, the capital of Australia, has its National Multicultural Festival held in February every year. Celebrating food, dance, music and poly-culture that this country has seen grow over the many years of its existence.

Tasmania has the Ten Days on the Island Festival. Literature, the visual arts, music and dance are main features of these celebrations. Local and artists from all over the world come to display their skills and talents. In March, every year.

Darwin in August every year has the Darwin Festival. With strong visual arts content, as well as Australian and international dance, music and film.

Places to Visit around Australia including Aboriginal experiences:

Places to Go, See and Visit in Australia

Main Photo: Every year the Sydney to Hobart Yacht Race sees boats of all kinds on Sydney Harbour