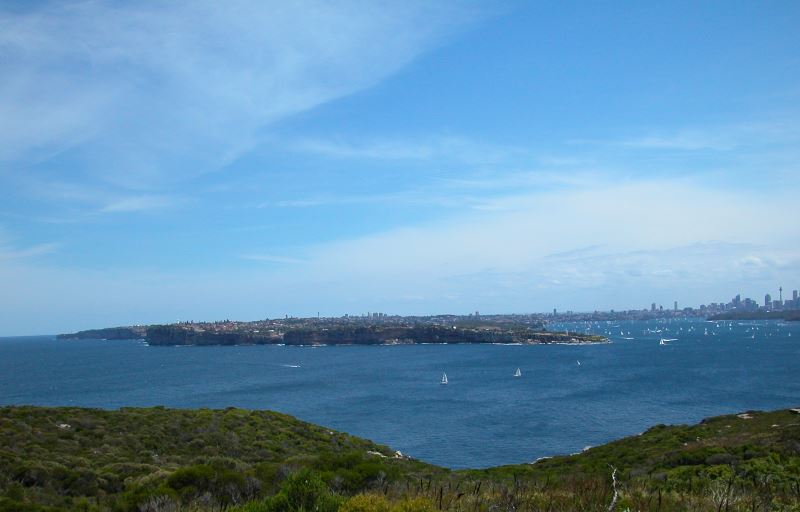 Photo: South Head, the harbour and the city in the background
Previous Beaches of Sydney Next Sydney East Beaches

At the entrance from the ocean in Sydney, South Head features prominently and provides spectacular views of not only the ocean and harbour, but the city and the the lower Northern Beaches. Now a national park, you will find the views alone are worth the visit.

Being such a significant feature, there is a lot of history here as well, dating right back to the beginning of the colony. A heritage walk encompasses the many views and historical places here and is rated easy. With a bit of luck, you will be able to spot whale and dolphin pods on their migratory journeys. Whales, in their season, migrate from their feeding grounds in the Southern Ocean to their breeding grounds in the north of Australia.

The natural beauty has attracted visitors here since the early days, when Sydney was still a town. It was a long trip then, some nine kilometres by horse, then by the early 1900s, tram. Famous ships as well as visits by foreign and British naval vessels were always interesting to the locals as was the natural beauty and views.

Today it is still popular for those reasons. More importantly, on January 26th every year (Australia Day) thousands gather here to watch the beginning of the Sydney to Hobart Yacht Race.

The walk begins at Watsons Bay, a suburb on the harbour. Head to Camp Cove, from there, you will see a clearly marked trail that take past the points of interest.

At the other end of the walk is a bus stop, at the Gap, which can get you back to Bondi Junction and Sydney city.

Along the way, you can visit the old gun batteries that were set up to protect the early colony from hostile attack.

Also part of Sydney Harbour National Park, South Head is located just north of the suburb of Watsons Bay. There is a looping walk that takes you around the head, with great views of North Head, Manly and the entrance to the harbour.

The park has a number of islands as well as foreshore parks that surround Sydney Harbour. There are places to go swimming, tracks to hike along the water and plenty of places to picnic, some with bbq facilities on fire safe days.

The park also protects buildings and old fortifications that date back to the earliest days of the colony. It included a lighthouse and even ancient Aboriginal sites, with stunning views throughout the year. This includes from South Head, of course.

South Head marks the southern side of the entrance to Sydney Harbour from the ocean. Here there are spectacular views of the ocean, the our grand harbour and the long Sydney coastline, extending to Palm Beach in the north to the Cronulla Beaches in the south.

The Gap is on the ocean side of a sandstone ridge that connects South Head with the mainland. Waves crash spectacularly against the rocks here.

More about the many parks in Sydney:

Main Photo: South Head, the harbour and the city in the background 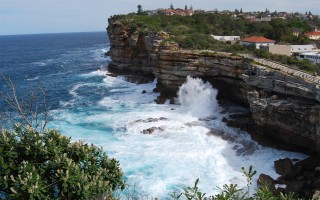 Photo: Views of the City from South Head