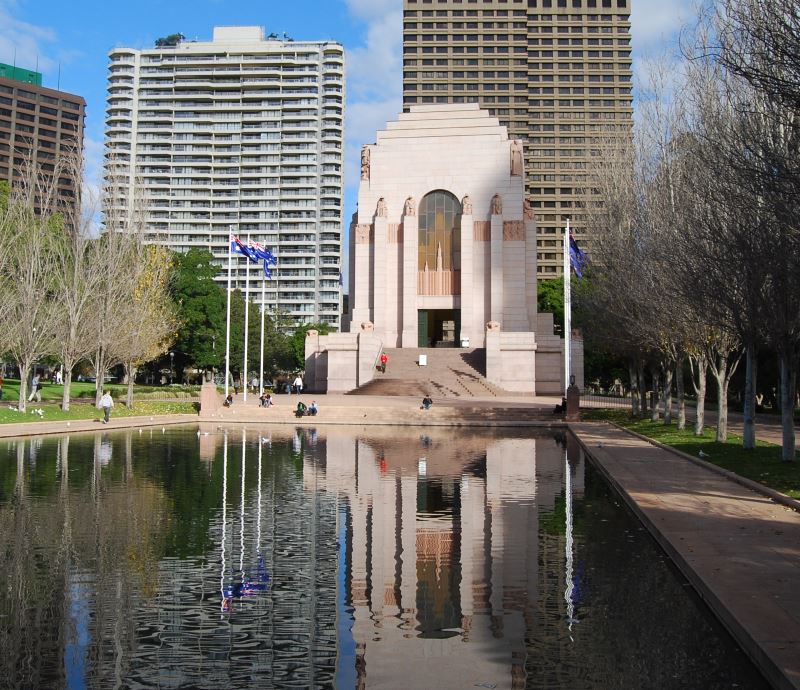 Anzac War Memorial Hyde Park: Dedicated to the spirit of those who served in the Australian military during WWI.

War Memorial for the ANZACs

One of the landmarks in Hyde Park is the ANZAC War Memorial. Designed by Bruce Dellit who had served in the trenches in France, with the statues that adorn the building by Raynor Hoff.

The statues reflect the tragic loss of Australia’s best, young healthy people who were killed and wounded during WWI and subsequent conflicts. Inside the building, there are bronze bas-relief panels, showing the various campaigns that Australian military were involved in, from the Mideast and Gallipoli to France.

Although the raising of funds for such a memorial had begun in 1916. one year after the landings at Gallipoli by Australian and New Zealand soldiers, it was only completed in 1934. It features prominently at the south end of Hyde Park and stands in silent testimony to the efforts, bravery and sacrifice of the many soldiers that have served in the ANZACs.

ANZAC is the acronym for the Australia and New Zealand Army Corps.

The Memorial is open every day 9.00am - 5.00pm except Good Friday and Christmas Day. Note: After November 2018, 100 years after the end of World War II, the Centenary Project will have been completed, adding to the spaces of the Anzac War Memorial.

Near Hyde Park, you can visit the Hyde Park Barracks, St. Pauls Cathedral and the Sydney Tower. More about the Sydney CBD Sydney Central CBD. 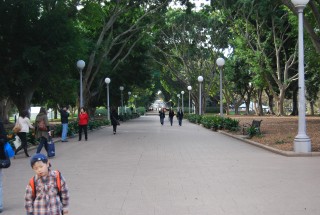 Hotels in Sydney and the CBD: luxury hotels to apartments and bed & breakfasts. They include a wide range of accommodation styles to suit almost any budget.