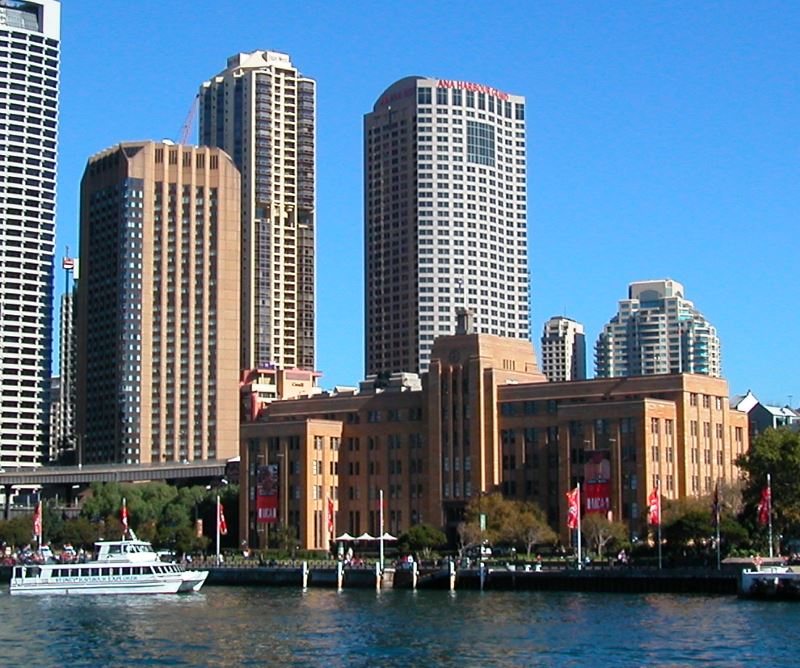 Circular Quay and The Rocks Map

The MCA has a diverse selection of works by Australian and international artists including photography and Aboriginal works. The MCA is dedicated to the contemporary visual arts.

The art deco building, a familiar landmark to the many that travel the Sydney Ferries daily was originally designed for use by the NSW Maritime Services Board. The building was given to the MCA in 1989 by the NSW government and after restorations and alterations to improve the visitors experience the museum officially opened its doors in 1991.

There are ongoing displays, events and exhibitions of recognized and upcoming Australian and international artists.

Established by a bequest from the artist John Power, the museum first opened its doors in November 1991. Through exhibits and displays that encourage interaction by artists and audiences, dedicating one of the floors for educative and interpretative programs, while the other two floors of the building are for exhibitions.

John Power was renowned world wide for his avant-garde works. His subsequent wealth enabled him to keep most of his works and as a humanist, dedicated his life to understanding the deeper meanings of art, music and maths, while his medical training as a medical surgeon gave him an interest in microbiology. His painting of ’Ypres’ of WWI is one of his most poignant and memorable. Many Australians have seen it, it is on exhibit at the Australian War Memorial in Canberra.

The building also houses a library, a multimedia studio and a lecture theatre.

The site where the building is located is also where the First Fleet convicts and soldiers first landed in what became to be known as Australia. Prior to that, the land was owned by the Gadigal people (Eora).

How to Get There