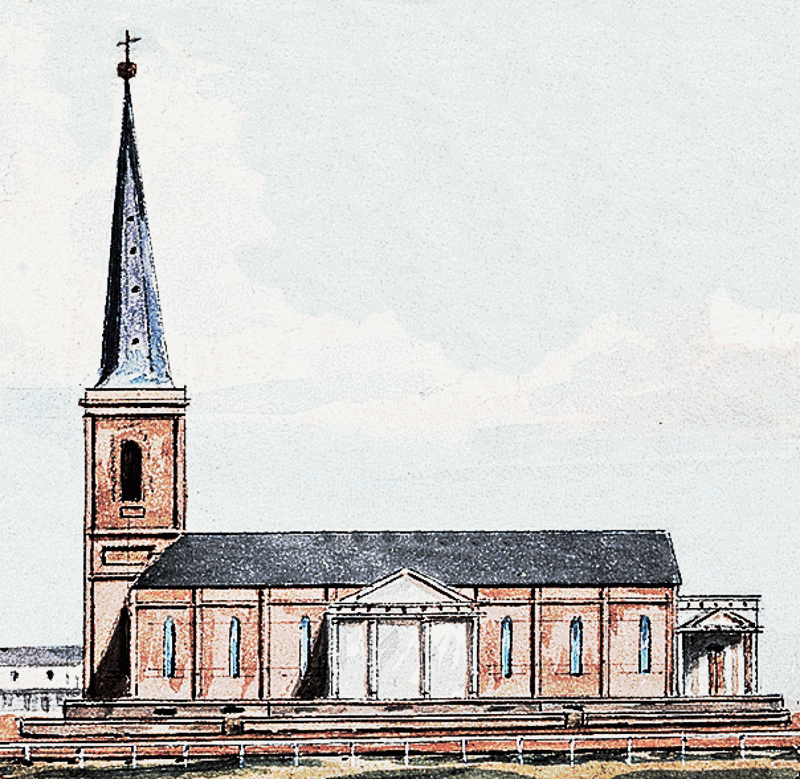 Located just across the street from the Hyde Park Barracks, at the top of Hyde Park. The Queen Victoria Statue and St James Church are situated at the Square. The statue was commissioned for the first centenary of NSW.

Born Alexandrina Victoria in 1819 on the 24th of May, Queen Victoria ruled the UK Great Britain and Ireland, and the British Empire of which Australia was a part. The states of Queensland and Victoria were named after her.

This small but beautiful church was designed by Francis Greenway, like the elegant Hyde Park Barracks and was consecrated in 1824. The building featured a copper dome, which is is still intact today.

A Georgian design the building was built from bricks as well as sandstone. The stained glass windows that surround the nave are of the Apostles and Saints of the Church of Christ.

Map showing location of QV square and other places to visit in the city Sydney Maps.

You can find accommodation throughout Sydney city and surrounds - luxury hotels to beachside apartments, backpacker hostels and bed & breakfasts.

Photo: View from Hyde Park (Undated) the building to the left is the Supreme Court