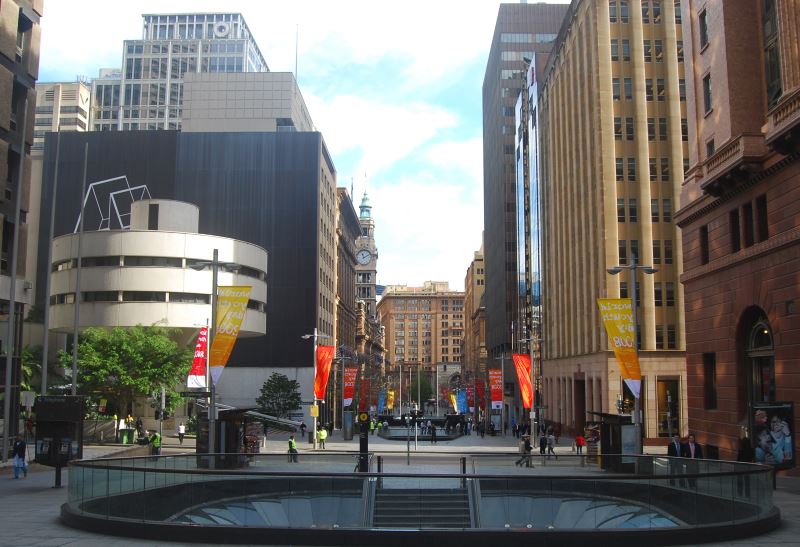 Martin Place in the center of the city of Sydney Australia has numerous public events throughout the year. As the civic centre of the city, people come here to see everything from public concerts to artworks from present day artists to annual solemn ceremonies.

Lining the plaza are prestigious public and major corporate buildings as it has had important significance for Sydney-siders for a long time, before the 1900s through to now.

The most noticable building would undoubtedly be the Sydney General Post Office (GPO) building with its clock tower. Important as it once was, modern mail technology has made it somewhat passé so now it is occupied by the Westin Hotel.

There are bars, restaurants and eateries here, as well, you can some very interesting places to shop. See:

Martin Place has been used as a gathering place since the 19th century, now a street turned into a pedestrian plaza located in the center of the Sydney CBD.

Martin Place has a number of distinctive Sydney landmarks, including the GPO, the State Savings Bank building and the Reserve Bank of Australia building. If your familiar with the place, you may have recognised it when watching films like the Matrix. Other places include the Seven Network, Westpac, the Commonwealth Bank of Australia.

Amongst the grand buildings at Martin Place of the Australian business world, there is the Cenotaph, built by workers of the Sydney Harbour Bridge after WWI to honour the Australian servicemen and women who took part in that conflict.

Martin Place Train Station, located underneath the plaza services the Bondi Junction train line as well as Town Hall and Central. Here, you can catch a train to Bondi Junction, from there it is a short bus ride to get to:

You can find luxury hotels to budget apartments, hostels and bed & breakfasts in the Sydney central business district and surrounding suburbs. 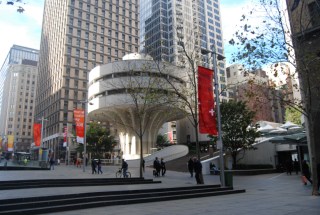