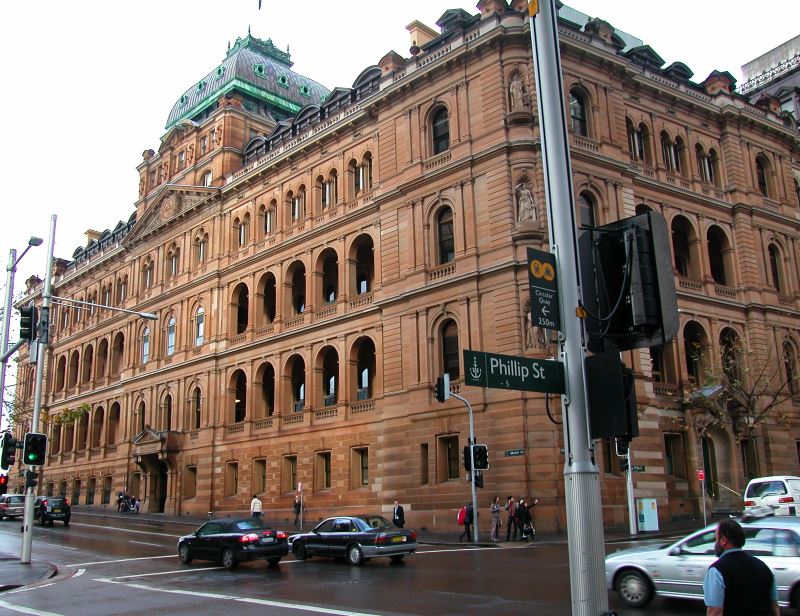 Located on Bridge Street in the Sydney city center CBD is the original Colonial Secretary’s building, where many of the early documents were created and kept for the governance of the fledling colony of New South Wales (NSW). Now called the NSW Chief Secretary’s Building.

Documents included sea going vessels, special marriage licenses and the documents of special commissions for NSW on which the Great Seal of NSW were used. It also kept Convict documents.

Above the public entrance on Bridge Street to the building is the earliest known Badge of NSW. Inscribed on the rim of the sandstone carving is the year, 1877 and the badge uses the waratah to symbolise NSW and the Royal crown, to symbolise its part in the British Empire.

The badge can actually be found on many of the earlier buildings in Sydney and NSW. It was only later that the badge was replaced by the now current NSW Coat of Arms, adopted in 1907.

More about the official Seals, Badges and Arms used in NSW Heritage Council of NSW.

Both the carving and the building itself were designed by the Colonial Architect, James Barnet. One of the many important buildings designed by him (including the Barranjoey lighthouse at Palm Beach, Customs House and the Sydney General Post Office GPO.)

Map showing the location of the Museum of Sydney, the Colonial Chief Secretary’s Building and other nearby landmarks and attractions:

Nearby Places to Visit 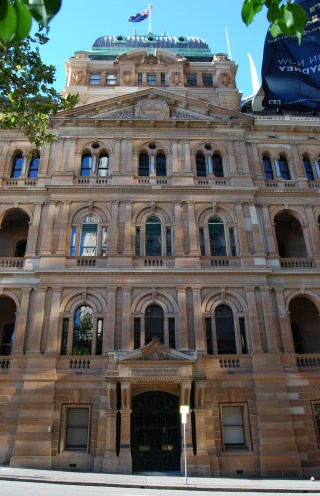