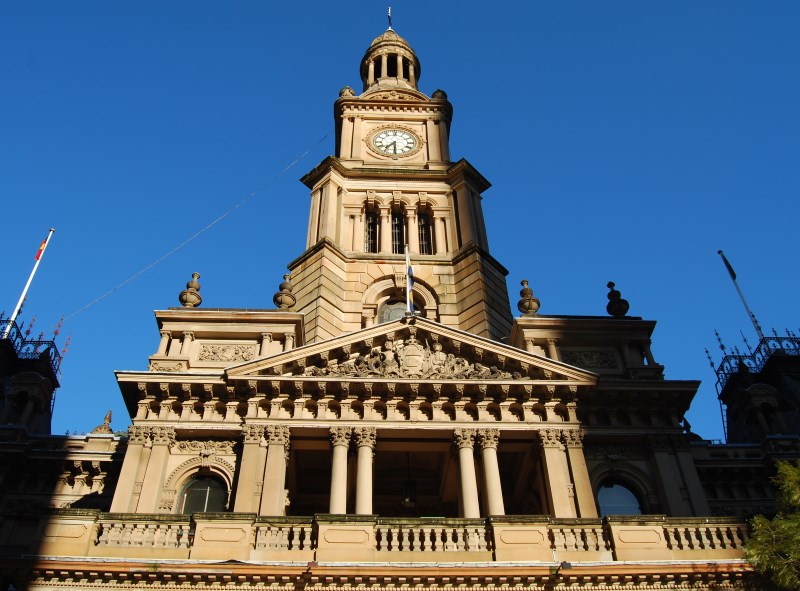 Map of Attractions in Sydney

Governor Macquarie expressed interest in a building to serve as town hall as early as 1813 as separate as the administration buildings of the colony, little was done till 1842.

Built from yellow sandstone that many public buildings in Sydney were made from, it was done in the French Second Empire style with wrought iron cresting. The town hall was originally designed in 1868 by John Henry Wilson for a contest. Through the years it took to build (1868 to 1889) the design was adapted and improved upon by various town council civic engineers and architects.

It was was built on the grounds that used to be occupied by the early colony’s graveyard. The remains had to be carefully exhumed and removed. When the Town Hall Train Station was built underground, a few more bodies that had not been found earlier had to be removed.

Sydney Town Hall with its clock tower is a familiar landmark to the many that have used the steps to wait for and meet up with friends in the city center and a place for important civic events. It still serves these functions for Sydneysiders today.

There were later additions to the building such as the clock tower, added in 1875. As a landmark, only the tower on the Sydney GPO building further north along George Street was taller in the city.

Located on the same public square as Town Hall:

Map showing the location of Town Hall and the Sydney city centre:

Sydney Town Hall has been a Sydney landmark for a long time. Favourite among those who had to meet up with friends in the city center for many years and a place for events.

You can find luxury international hotels to beachside apartments, hostels and bed & breakfasts in the Sydney city centre and nearby suburbs. 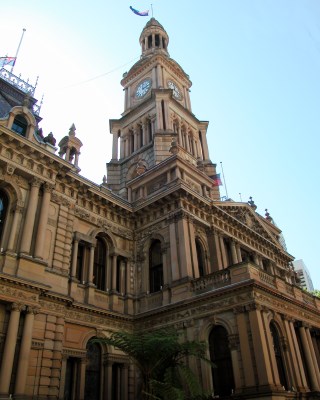