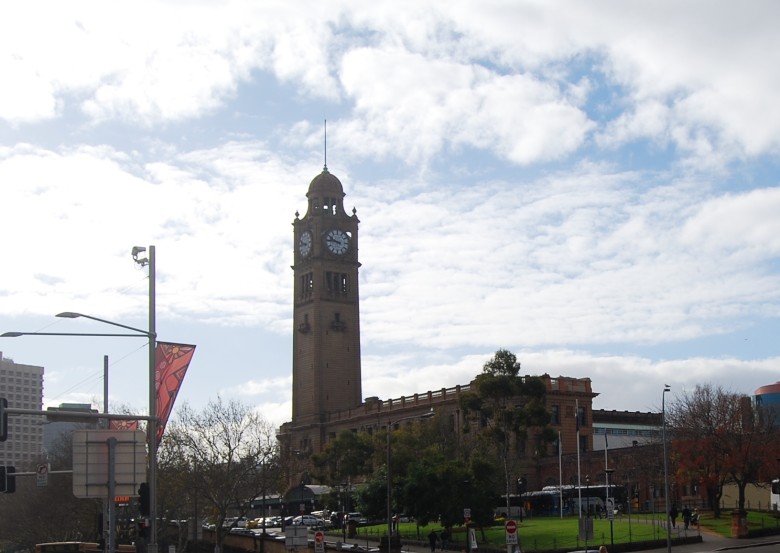 The map shows Central Station and the Light Rail Route (blue) from Central Train Station to Darling Harbour, the Star Casino and points beyond.

Central Station had undergone a number of changes since the original opened at Redfern in a place called Cleveland Fields, where Redfern Train Station now stands. It was the Sydney end of the Sydney to Parramatta line, the first rail line in Sydney and a distance of 22 kilometres.

Considered to be in the wrong place for the amount of passengers the Parramatta train line and other newly opened lines were generating, a second station was needed.

The present location at Haymarket was opened on 4 August 1906, designed by Government Architect, Walter L. Vernon. In 1922, the city circle, an underground network of tunnels that circles under the city center was opened in conjunction with trains upgraded to electricity.

Getting to Central Station

City buses: Buses from Circular Quay and along George St. to Railway Square.

Bicycle riding in the city is a fun and inexpensive way to explore, especially with the growing number of paths that are being organised by the good people at Sydney City Council: 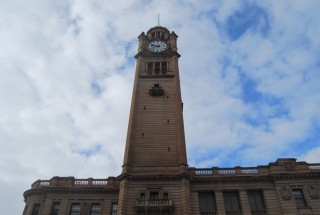