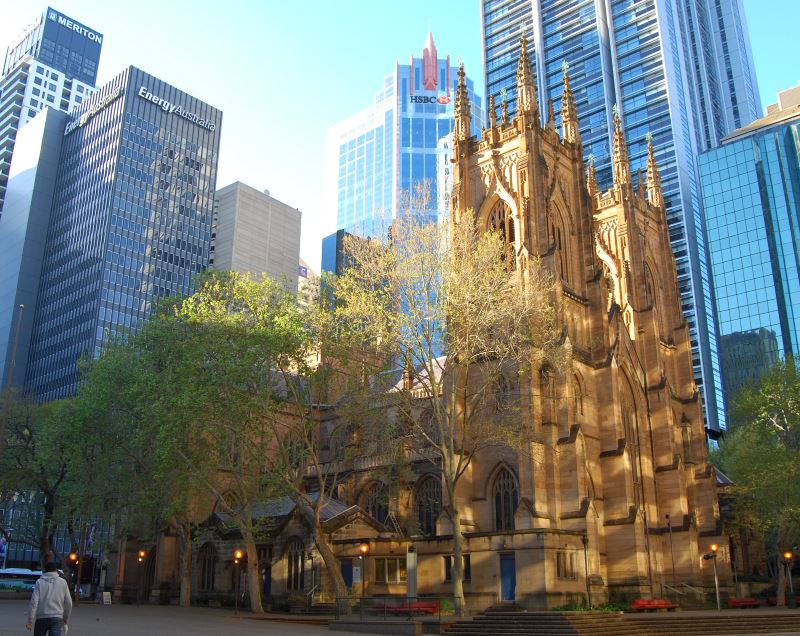 Photo: Reflected off the surrounding skyscrapers is the morning sun, colouring the sandstone of the Cathedral
Previous Hyde Park Next St Andrews Cathedral

Being the mother church of the Diocese of Sydney Australia, the cathedral has long served the people of Sydney. Located in the centre of the city at the corner of George and Bathurst Streets, it is still used to today as a centre of worship. It is also a popular place to visit, being situated above Town Hall Train Station and next the the city’s Town Hall.

It was founded in the early days of the town of Sydney in 1819. Visit the St Andrew’s Cathedral website:

This Gothic Revival cathedral in Sydney was consecrated in 1868, the same year that the neighboring building, Sydney Town Hall, opened its doors. See the Sydney Attractions Map.

Saint Andrews Sydney was consecrated the same year that Sydney Town Hall opened its doors and located on the same plaza.

A shopping Sydney landmark, located across the street of the Sydney Town Hall is the Queen Victoria Building:

Also, a short walk west from here (ten minutes) will get you to Darling Harbour:

Main Photo: Reflected off the surrounding skyscrapers is the morning sun, colouring the sandstone of the Cathedral 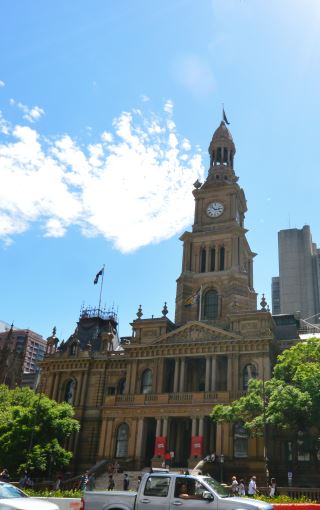 Photo: Nearby Attraction is the Queen Victoria Building: