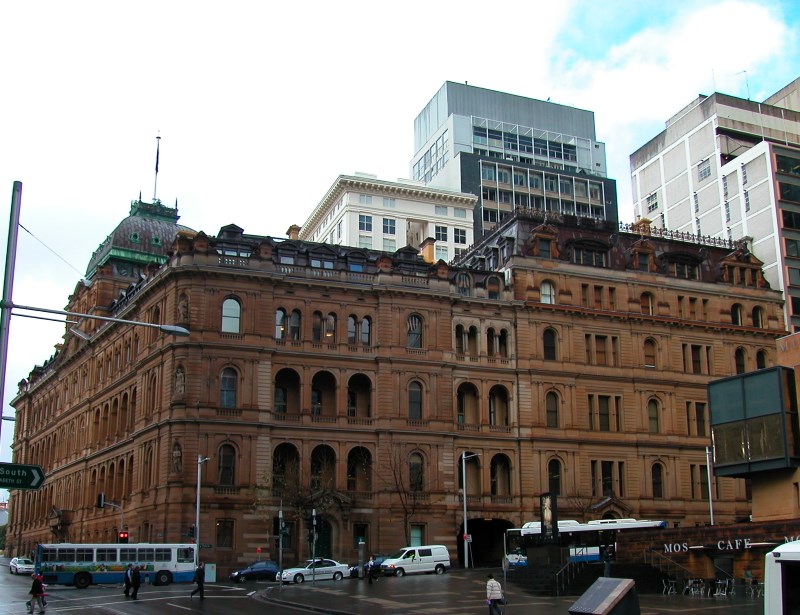 Made from the yellow sandstone that many of the public buildings were made of in the early days of the colony of New South Wales, it was designed by Colonial Architect James Barnet. In the Victorian Free Classical style, it was built in two distinct stages with the first four levels built during 1873 to 1881.

The top floor and the beautiful green patina copper dome were completed in 1896. To service the building’s floors, a wire cage lift was installed, still in use today.

Due to the importance the Chief Secretary’s role and the increased politicalisation of his department, it became of the most signicant buildings in the country. Indeed, the meetings that led to the Federation of Australia were held here. The meeting room is open to the public since 2005, with a number of historical displays.

Now called the Chief Secretary’s Building, it houses the Office of the Governor of New South Wales and the state’s Industrial Relations Commission.

James Barnet designed many other NSW buildings, including the Sydney General Post Office and the the iconic Macquarie Lighthouse at Bondi, as well as the building housing Goulburn’s Waterworks Museum.