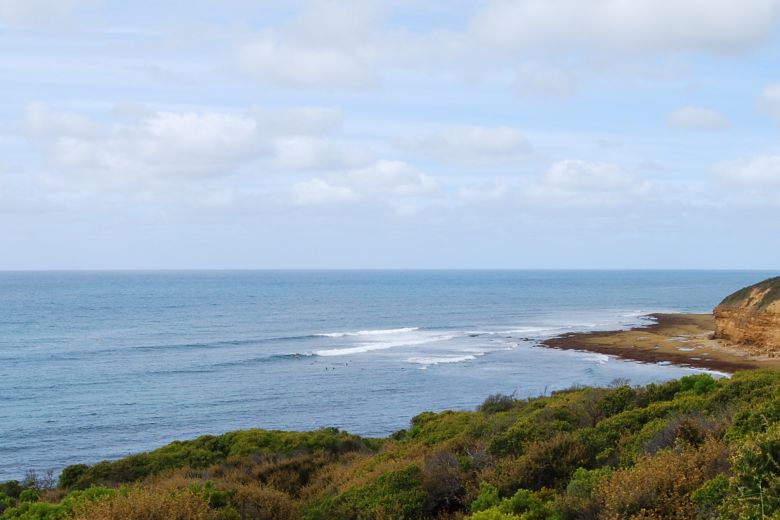 Bells Beach is regarded as one of the great surf beaches of Australia, which is pretty amazing since there are thousands of places to surf in this country.

Surfers from Torquay and surrounds as early as 1939 surfed this Bells Beach, but it was extremely difficult to reach until 1960 when the surfer and Olympic wrestler Joe Sweeney had a bulldozer make an access to the beach. The road you see in the picture was not there till much later and is a short drive towards the coast from the Great Ocean Road. The Rip Curl Bells Beach History of the The Rip Curl Pro History.

How to Get to Bells Beach

Bells Beach is a short drive south of Torquay. To get to Torquay, take the the M1 motorway south west from Melbourne. About an hours drive from Melbourne Airport and 15 minutes from Geelong. Train and coach approximately 1 and 1/2 hours.

Torquay is popular during school holidays and hotels in Torquay can be fully booked well before the busy season. 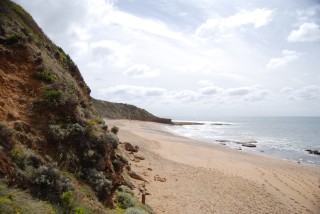 Along the Great Ocean Road You can find budget to luxury places to stay: resorts and hotels to beach cabins.