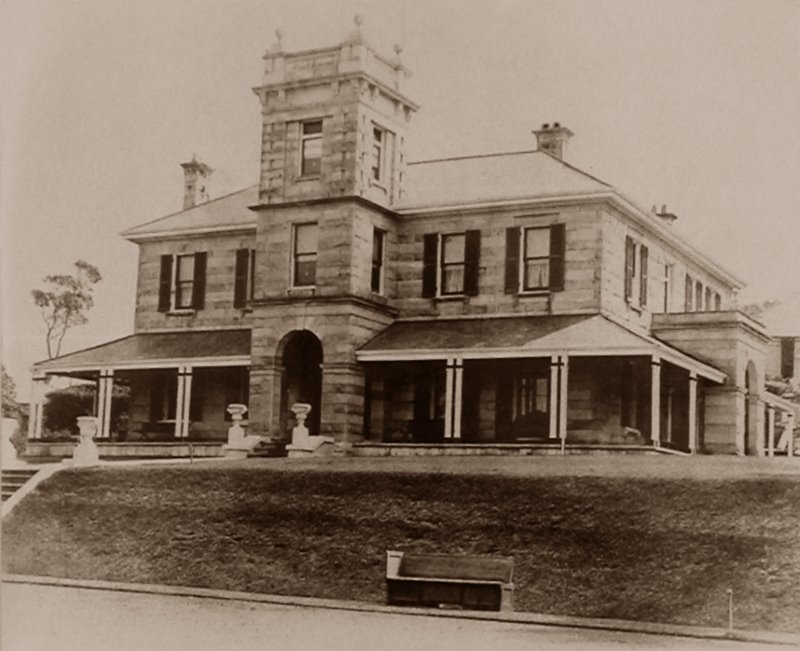 Fairlight House once stood here, now only a wall and this photo remains. It served as the home of Henry Gilbert Smith and his family. Gilbert Smith is regarded as the founder of Manly, now a Sydney suburb, having the foresight to see the potential in developing the area as a Seaside Resort.

Living near the ocean was considered by many as unhealthy in the 19th Century. So as you can see, things do change as attitudes today have made living here a desirable thing. A day out to Manly makes a great escape from the nearby city over the waters of Sydney Harbour.

Henry Gilbert Smith had the foresight, even in those days, to see Manly’s potential as a great place to live and visit. He, for all intents and purposes, laid out the plans of this suburb with the Corso being the centrepiece. It leads from the ferry wharf to the ocean beaches, where the main beach is backed by tall pine trees.

He even began the first ferry services from the city to here to encourage visitors. Come they did, and to this day, both Sydney residents and visitors have been able to enjoy the sea-change after a scenic fery ride over the harbour.

On the Corso, as you leave the wharf the first thing you will spot is the Steyne Hotel, commissioned by H. G. Smith and designed by the Architect Edmund Blacket, as was Fairlight House.

He also designed St. Matthews church, also on the Corso. Fairlight House itself was a two storey sandstone house with eight bedrooms and a verandah, which went all the way around the house. The home was set on a 14 hectare property with sweeping views to the harbour.

Getting here is as simple as catching a ferry from

Photo: Manly Wharf on a Winters Day. A short walk on the Corso will get you to the Ocean Beach