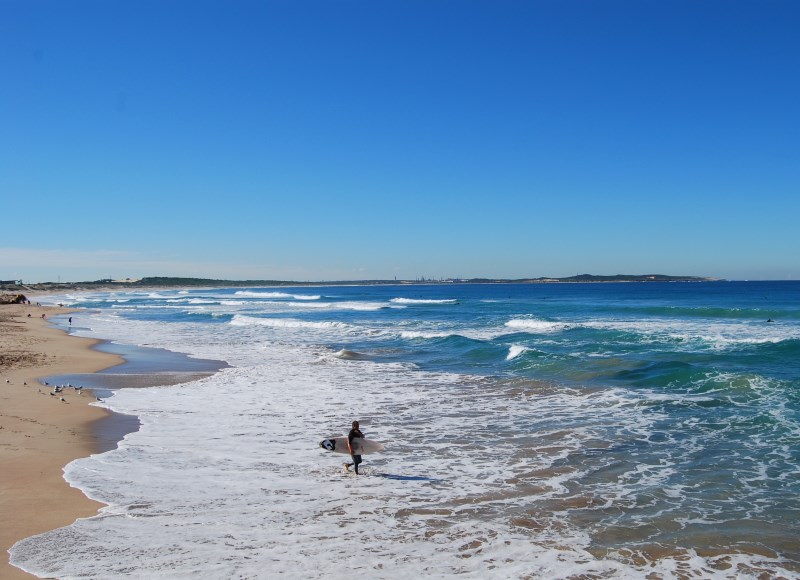 Located in the Sydney Australia Sutherland Shire, Cronulla Beach and its many shire sister beaches, attract visitors not only on sunny days but the year round for their scenic beauty. It also has two national parks within its borders, the Royal National Park and the Heathcote National Park:

Cronulla has a long beach, easy to get to from the city by train, then a short walk from the station:

Nature lovers will want to explore the Royal National Park, if not for its natural ambience then its proximity to Sydney Australia. Beach lovers will love the isolated beaches here, you need to walk through natural bushland to get to most of them.

Stretching along the coast, beaches found in the Royal National Park include (from south to north) Werrong Beach, Garie Beach, Wattamola Beach, Little Marley Beach, Marley Beach, Jibbon Beach and the more well known Bundeena Beach (which you can drive to) near the mouth of Port Hacking.

The Coast Track in the park, along with the other scenic walks in the park are thoroughly enjoyable. They are of varying difficulty, check the National Parks website for more details:

Photo: Bundeena Beach, located on the edge of the Royal National Park