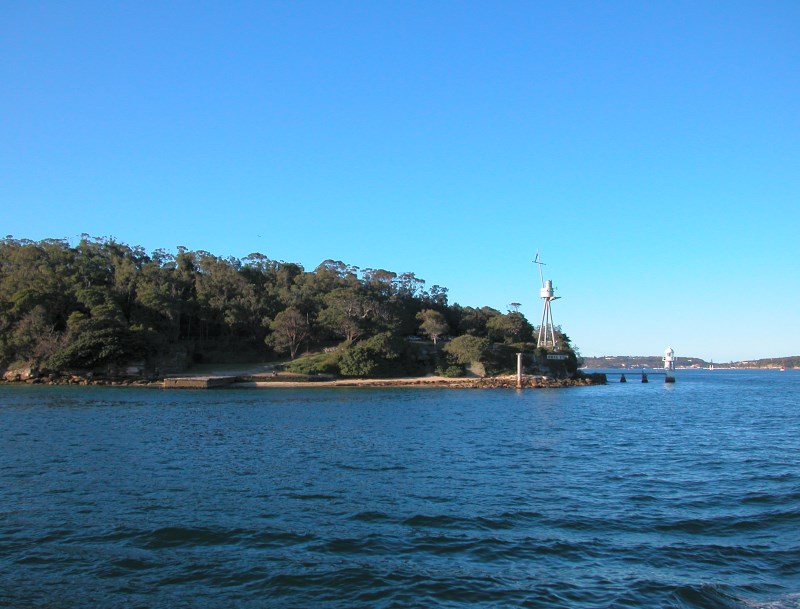 Featuring prominently on Sydney Harbour is the suburb of Mosman. Encompassing places to visit such as Taronga Zoo, Balmoral Beach, Chinamans Beach, Clifton Gardens and Headland Park, you can find a host of activities to keep you busy rather than sitting in front of the TV throughout the year. You can even hire boats for a day out on the harbour!

One of the features here is the Spit Bridge to the Sydney Harbour Bridge walk (or vice versa). Even many of the people living in Mosman do not know about this walk, giving you grand views of the harbour along the way.

Families visiting Sydney will want to spend time at Taronga Zoo, with a whole host of native animals and birdlife. There are exotic animals too, everything you would expect at a world-class zoo. Set on beautiful Sydney Harbour, it is easy to get to by ferry from the city at Circular Quay. See:

Taronga Zoo is located on the headland, just to the left of the photo (north west).

Besides the views, there are interesting old fortifications dating back to the early part of the 19th Century. The mast of HMAS Sydney is also located there and can be seen prominently on the point.