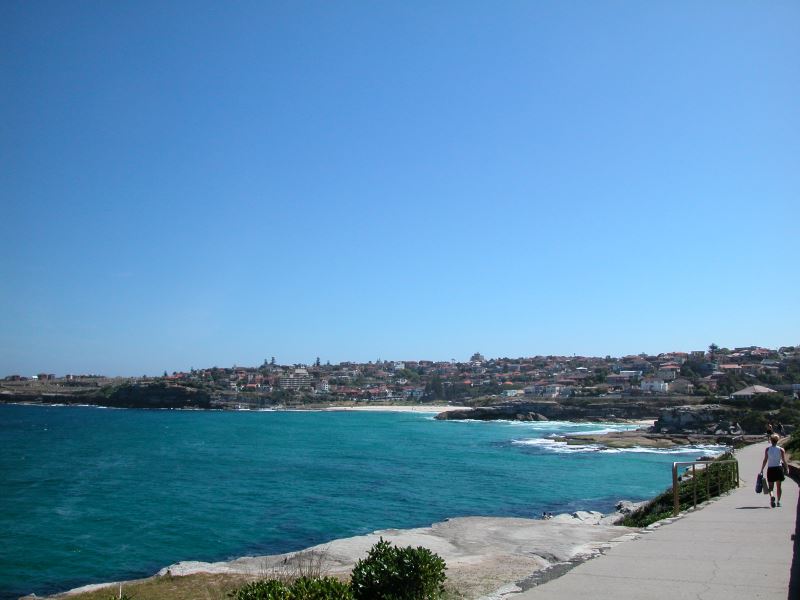 Bronte Beach is one of a string of beautiful beaches that stretch along the east coast of Sydney Australia, Bronte Beach is easy to get to and enjoyable when you do.

Behind the beach, you will find a green park, complete with public facilities. There is a kid’s playground, great for young families as well as picnic and BBQs. On the beach, there is the Bronte Surf Life Saving Club, which provide patrols for safer swimming during the warmer months.

How to Get to Bronte Beach

You can also take the train to Bondi Junction from the city, where you can catch the bus to Bronte Beach.

Another way to get here is to take the Sydney Eastern Beaches Walk from South Bondi Beach.

Tamarama Beach is a smaller but scenic beach along the Bondi Coastal Walk. Bronte, the larger beach is situated on Nelson Bay and backed by Bronte Park. Both have surf clubs and are patrolled on during the warmer months, especially on weekends and public holidays.

Tamarama and Bronte Beaches - Sydney Eastern Beaches - A short walk from Bondi Beach along the coastal walk brings you to more scenic coves.

Main Photo: Tamarama and Bronte Beaches on the Eastern Beaches Walk, Bronte on the Right