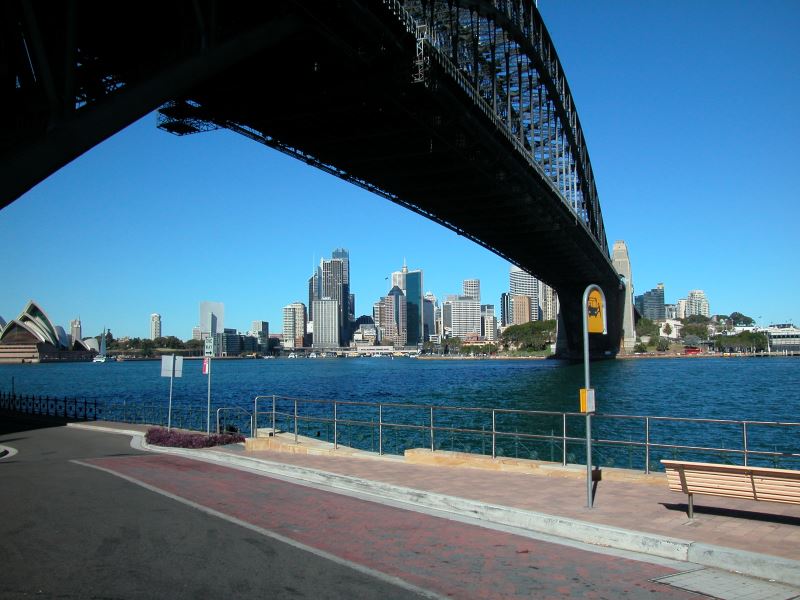 Milsons Point, located just across the harbour from The Rocks is where you will find one of the oldest theme parks in Australia, Luna Park as well as the place that the Sydney Harbour Bridge crosses over to north Sydney from the city CBD. Initially it began as a ferry crossover from there, but cars, buses and other traffic was unable to cross, while the growing numbers of pedestrians became too busy even for the many ferries and their short ride.

The Sydney Harbour Bridge, opened on March 1932. The bridge is in fact the longest steel arch bridge in the world stretching from The Rocks at the foot of the city to North Sydney.

Planned, supervised and specified by the Australian engineer J.J.C. Bradfield, the bridge is undeniably his best known work, though he completed a number of important projects in his lifetime. One of them is the prominent Story Bridge in Brisbane, Queensland and the train station at Circular Quay.

The Northern Beaches are some of the most beautiful beaches to be found in Sydney. They start at Manly Beach and extend northwards all the way to Palm Beach.

Getting here is as simple as catching a ferry from