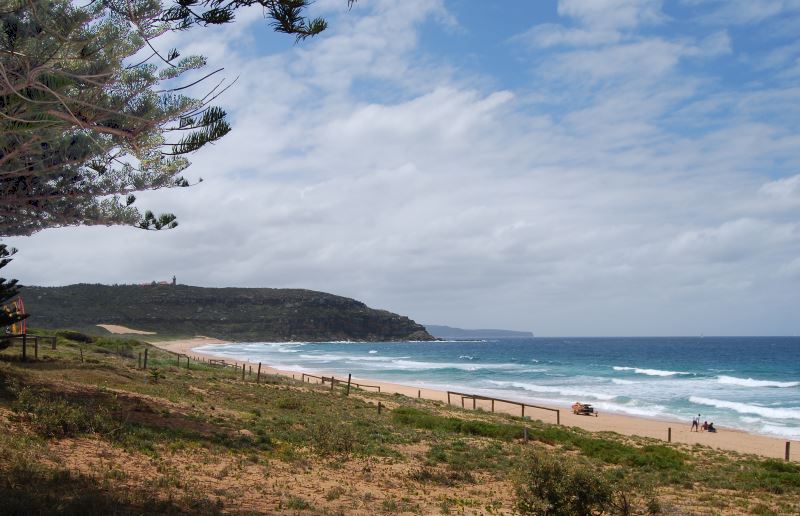 Barrenjoey Headland, where the lighthouse is situated, divides the ocean from the northern tip of Pittwater. There are walks along the coast here with great views. Note: The lighthouse is commonly referred to as the Barranjoey Lighthouse, with the differences in spelling acknowledged in official documents dating back to the 19th Century.

The Barranjoey Lighthouse located at the northern end of Palm Beach was designed and built in 1881 by the then Colonial Architect James Barnet.

A customs station had been established on the site back in 1843 as it was a popular route for smugglers to bring goods to the town on Sydney.

You can visit the lighthouse to enjoy spectacular views of Kuringai Chase National Park, the Hawkesbury entrance to the sea, the Pittwater, Palm Beach and the Sydney coastline.

One of the more enjoyable Sydney walks starts at Ocean Road, where the bus from Sydney city centre to Palm Beach stops (there is also a car park but it can get busy on weekends). This walk takes you past scenic views of both the Pittwater (where the boats are) and the length of Palm Beach. If you have younger children with you, take some food and water, you can even picnic with grand views by the lighthouse.

During the whale season, you may see some as they journey north to their breeding grounds and later, when they head back south. Bring binoculars with you for even better views.

Other views include Broken Bay, the Ku-ring-gai Chase National Park and the Central Coast, further north. Bring a camera!

Main Photo: Barranjoey Lighthouse with Palm Beach in the Foreground 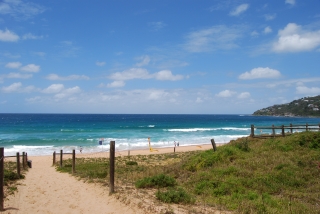