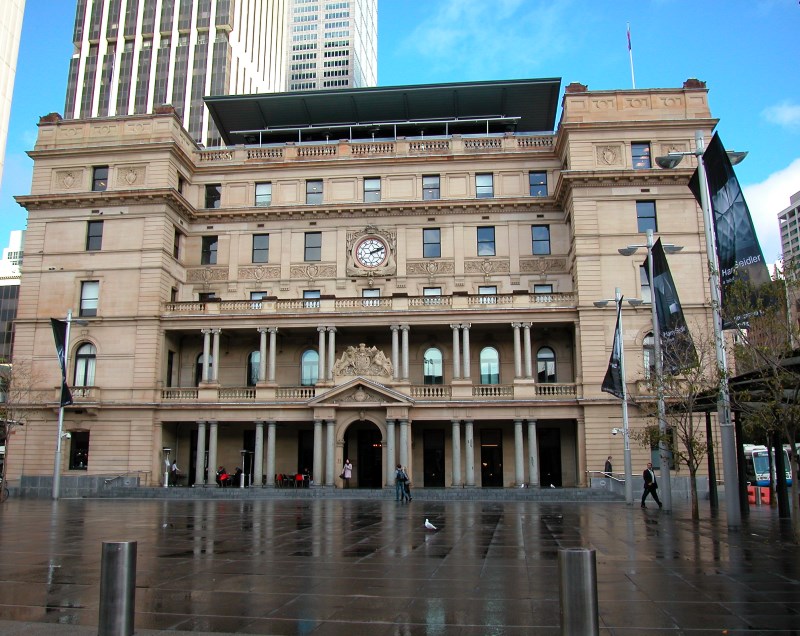 Photo: Customs House in Sydney Australia and where the British flag was planted
Previous Sydney Cove Map 1810 Next Bennelong Point

The Square in front of Customs House at Sydney Cove was a place of national celebrations for many years. The British Flag was first planted here when the Colony of New South Wales was declared open for business (January 26, 1788 Australia Day).

Australia Day: The day that Australia had its first beginnings has now become a source of much dispute, in the main stream media at least. Paid right wing conservative journalists and radio shock jocks have demanded with outrage that this date be kept as Australia Day.

Many noted Aboriginals want this date changed, in order to be more inclusive of all Australians, who aside from themselves had arrived from all over the world. They see this as a hangover from the white Australia policies of the earlier colonial government. After all, the landing of the British quickly became a disaster for them, the traditional owners of the land.

This date, January 26th commemorates the landing of the British soldiers and convicts in Australia, seizing the eastern coast of the continent for the empire. Captain Cook had claimed this as part of the empire not much earlier, along with the whole of New Zealand.

History of Sydney and Australia

Customs House is now occupied by the City of Sydney Library. There is an excellent collection of magazines and newspapers from around the world that you can read there, as well they have regular exhibitions and a large 3d model aireal view of Sydney City in the main floor. Yes, that’s in the floor.

Nearby you can have a fascinating look at the darker side of Sydney’s history. The Justice and Police Museum have amazing collection of crime scene photographs and artefacts. Situated in the old courthouse on the Cnr of Albert and Phillip Streets.

Cannon of the HMS Frigate Sirius

Main Photo: Customs House in Sydney Australia and where the British flag was planted 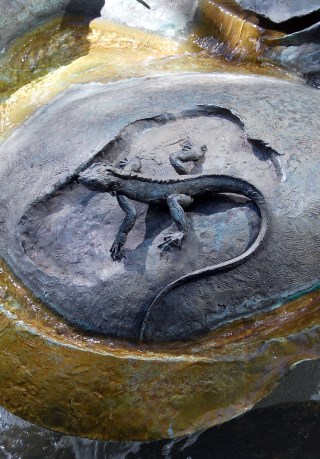