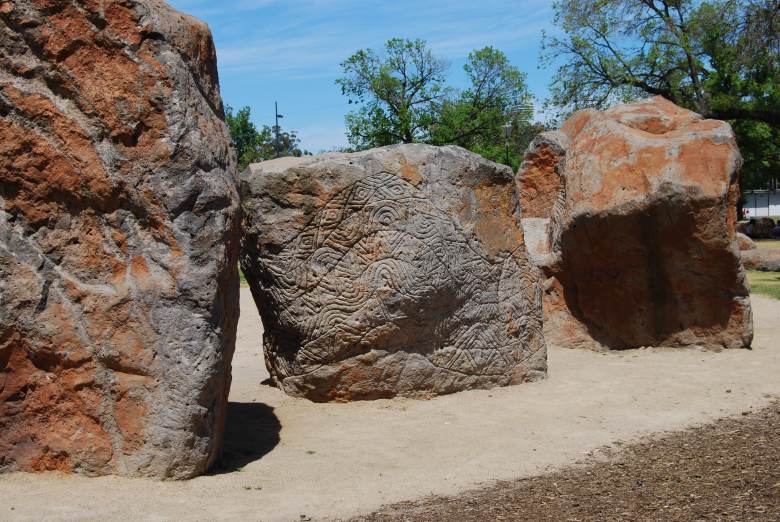 Birrarung Marr Park, located next to the Yarra River was opened in 2002. A place to relax and enjoy the views of the city and surrounding parklands, the name is derived from the Wurundjeri people who lived here originally. The name Birrarung means river of mists, while the word Marr means side of the river.

The park, sitting alongside the Yarra River, is within easy access to the Melbourne City Centre. A short walk away is Federation Square and to the east, Melbourne Park.

On the immediate other side of the Yarra River is the Alexandria Gardens, the Queen Victoria Gardens and the Kings Domain, with the Sidney Myer Music Bowl.

Since the early 1980’s there has been major efforts by environmentalists and the government to reverse the extensive damage and to restore the land to its original beauty. The earliest settlers of Australia and the Melbourne region, the Aboriginal people known as the Kooris, adapted to the ebb and flow of Australia’s seasons over 50,000 to 60,000 years ago and continue to do so today.

Instead of trying to mould Australia to fit traditional European farming methods, agriculturists have learned to work in harmony with the naturally occurring dust storms and floods. Their efforts are beginning to have good effect, however, with climate change and other effects remaining a threat in the future, more needs to be done.

You can find accommodation throughout Melbourne Australia: luxury resorts and hotels to budget priced Backpackers, including the CBD. Accommodation available includes a wide range of styles to suit almost any budget.